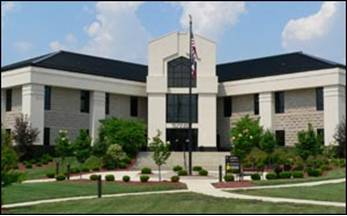 
The court hears appeals from cases arising in the Courts of Common Pleas (except cases in which the death penalty was imposed for offenses committed after January 1, 1996), County District Courts, and Municipal Courts within the Sixth District. The court has jurisdiction to hear appeals from the County Board of Tax Appeals. The court exercises original jurisdiction in quo warranto, mandamus, habeas corpus, prohibition, and procedendo.

To sign up for e-mail notifications to be advised when Decisions are released or the Oral Argument Calendar is updated, go to Notify Me.

You will be directed to the county's "Notify Me" enrollment page.  Upon entering your e-mail information, you will be prompted to enter your profile information.  Once completed, scroll down to the "News Flash" section and select Ohio Sixth District Court of Appeals.  Thereafter, you will receive an e-mail to confirm your subscription.

The court also has an app for iPhone and Android users which allows users to follow court decisions and view the court's oral argument calendar on their smartphones.  All cases posted on and the court website are searchable in the app. The free app is available on both the Apple App Store and Android Market.